Meet us in Red Hook for the 10th anniversary of New York’s signature spirit, Widow Jane.

Over the last decade, Widow Jane has revived the lost art of the blend, establishing some of the best bourbon and ryes on the market. To commemorate the milestone, join us in unveiling our Decade Edition Bourbon, a new 10-barrel blend coming in at 100 proof. Enjoy flagship pours within the distillery walls alongside a lineup of cocktails in Botanica Bar, and Baby Jane thieved straight out of the barrel with a dropper of limestone mine water.

The fest begins at our home base in Red Hook on October 13th at 6:30PM and runs until 9:30PM with an evening of live music and an assortment of small bites. Walter's Hot Dogs, Empanada Papas, Court Street Grocers, and Bedawi Cafe will be serving savory fare; for the sweet-toothed, Ample Hills creamery, Steve's Key Lime Pies, and Jo Mart Chocolates will be serving its best as Keg & Lantern sets up tap in our courtyard.

In celebration of a decade, Widow Jane will be making available a range of newly released, limited edition whiskeys including a pre-sale of the following:

Pre-Purchase any bottle for pickup the night of the party. Email info@widowjane.com with your order for pre-purchase. 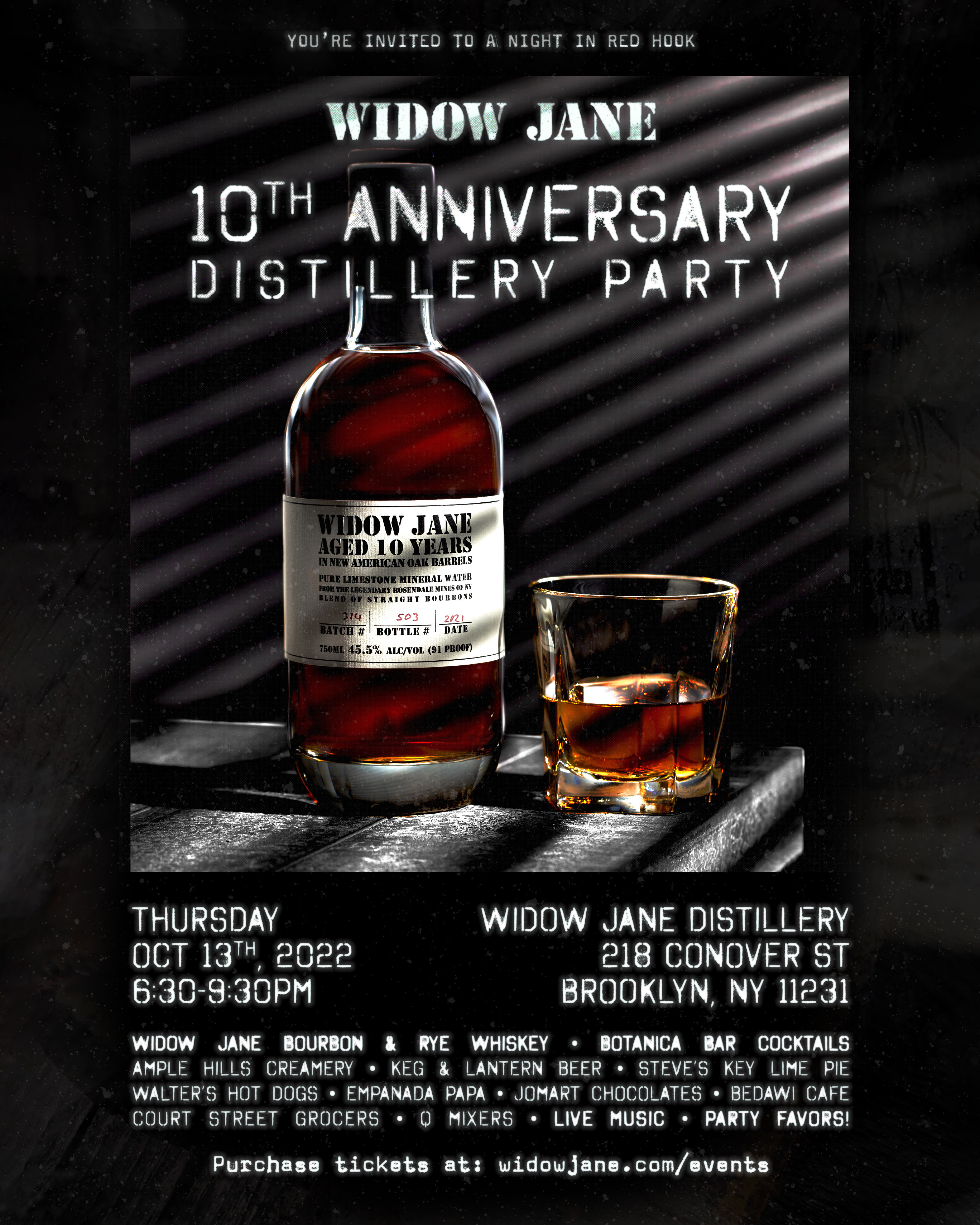